Asamoah Gyan says contrary to the perception that Shatta Wale is pompous and rude, the dancehall artiste is respectful and humane. 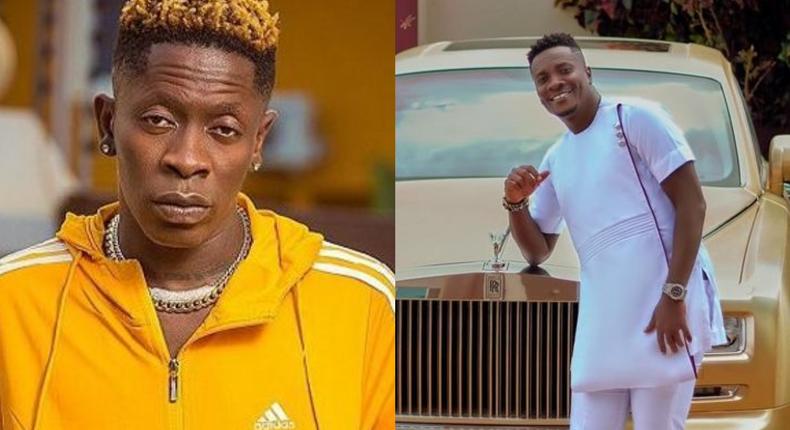 The former Ghana captain explained that he attended the same school with Shatta Wale when they were young.

According to him, both of them sat in the same class when they were pupils of the Seven Great Princes Academy.

“I went to the Seven Great Princes Academy, and he was my classmate. What people don’t know about him is that he knows the business but sometimes somebody has to play the villain in the movie,” he said on Peace FM on Monday.

“If you meet him personally, he is a very, very, respectful guy, he is humane. But people have tagged him as controversial and all that.”

Gyan added: “I am close to him I know. If you come into the game sometimes you will need to do something to make a name for yourself business-wise someone has to act as the villain.

“If you take a critical look at him, he doesn’t take things quite personally, but people take them personally. It’s all part of the entertainment business. We went to the same school, so I know him very well.”

Meanwhile, Gyan also disclosed that it crossed his mind to hit Luis Suarez after the Uruguayan used his hand to deny Ghana a place in the semi-finals of the 2010 World Cup.

According to the veteran striker, he nearly punched Suarez when Sunderland faced Liverpool in the Premier League after that tournament.

The former Sunderland star was, however, quick to add that he had to let the matter slide after putting himself in Suarez’s shoes.

“People spoke about the incident and it got into my head a bit. I remember when Sunderland faced Liverpool, during the exchange of handshakes, I watched him with some eye,” Gyan said.

“I wanted to even punch him because people had said things that had gotten into my head, but I realised I had to let it go because I would’ve done the same thing if I was Suarez,” he added.

How to Succeed in Today’s Tough Market – Real Estate Strategy

Restaurants are facing new challenges these days, including obtaining more from insurance coverage

If your copyrighted material has been indexed by our site and you want this material to be removed, contact us immediately. We will reply to and honor every request. Please notice it may take up to 10 mins to process your request. Do not hesitate to voice any concerns by contacting us!
Kindly send us an email on: ghanakay1@gmail.com / sarfoboakye.sb@gmail.com

We use cookies on our website to give you the most relevant experience by remembering your preferences and repeat visits. By clicking “Accept All”, you consent to the use of ALL the cookies. However, you may visit "Cookie Settings" to provide a controlled consent.
Cookie SettingsAccept All
Manage consent